TL;DR ⏳
As part of the Digital Village network, I was engaged as the sole designer to lead and work on the UX and UI design for the Race Around Australia project from late 2019 to early 2020. The project aims to create an online application that allows students to log the distance they have run each day and allows teachers to review the distances logged by their students.

👇If you have more time, feel free to go through the detailed steps I have taken during this journey.
The Problem 🤔
The Race Around Australia project was the brainchild of Emily McLachlan, a PDHPE Teacher at Chatswood High School in Sydney. Concerned by falling levels of activity amongst young people, Emily wanted to design a physical challenge that would engage students. Hence, the idea for Race Around Australia is born.

Initially, the idea is managed by Emily using Google Sheets and Google Map. Even though such a combo has delivered the functionality she wants to see, the manual process is not optimised to scale the concept to more schools in NSW. Hence, the main goal for our project is to develop an online application that could replace the existing combo to allow students and teachers to access the necessary function on the move.
The Users 👥
There are two personas for Race Around Australia. They are simply the students and the teachers. Due to Emily's extensive experience in this area, we have started this design process without conducting interviews with these users. Nonetheless, I was able to engage with the users at a later stage to test the wireframe of the design so that we can get much more direct feedback from these two types of end-users.
‍
Based on the initial conversation and the later testing sessions, I have gathered the main goals from these two personas.
‍
For students, their main goals are:
- to record the distance they have accomplished, and
- to see how much they have reached on the route from the distance they have entered, and
- to access the educational information
‍
For teachers, their main goals are:
- to ensure the distance entered by students are correct, and
- to see how much their class have achieved from the distance entered by all the kids, and
- to review the educational information when the class has reached certain checkpoints
The Design ✍️
To ensure the design could always move in the right direction, I have taken a progressive approach to design for Race Around Australia. There are primarily three steps for the design, i.e. from user flow to wireframe and then to the high fidelity UI design.
User flow 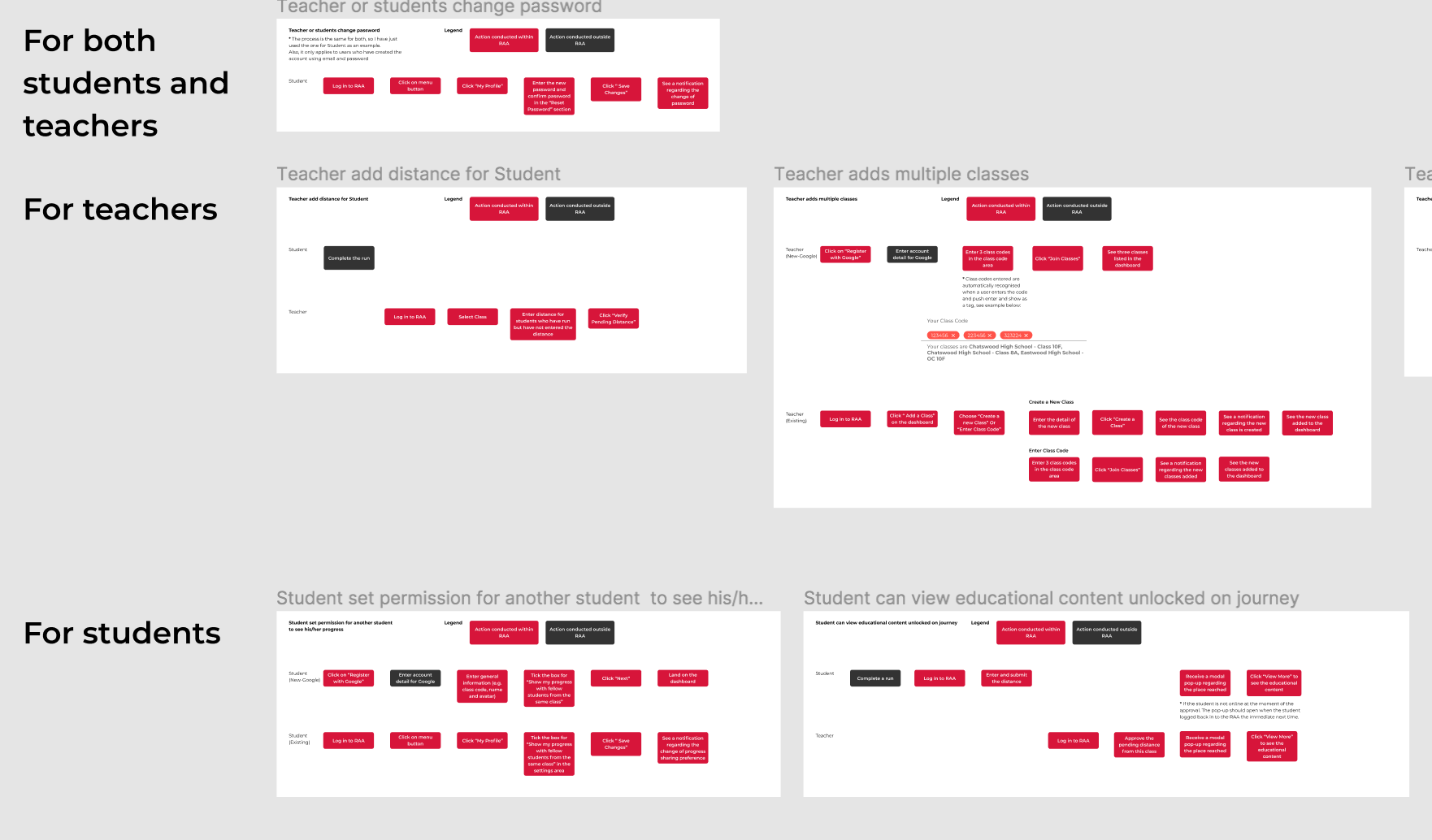 The images above are the example users flows I have created and shared with the team for feedback. From showing these user flows with the team, we have gained alignment regarding key functionalities in the application. Also, it gave me a good understanding of what key screens needs to exist.
Wireframe 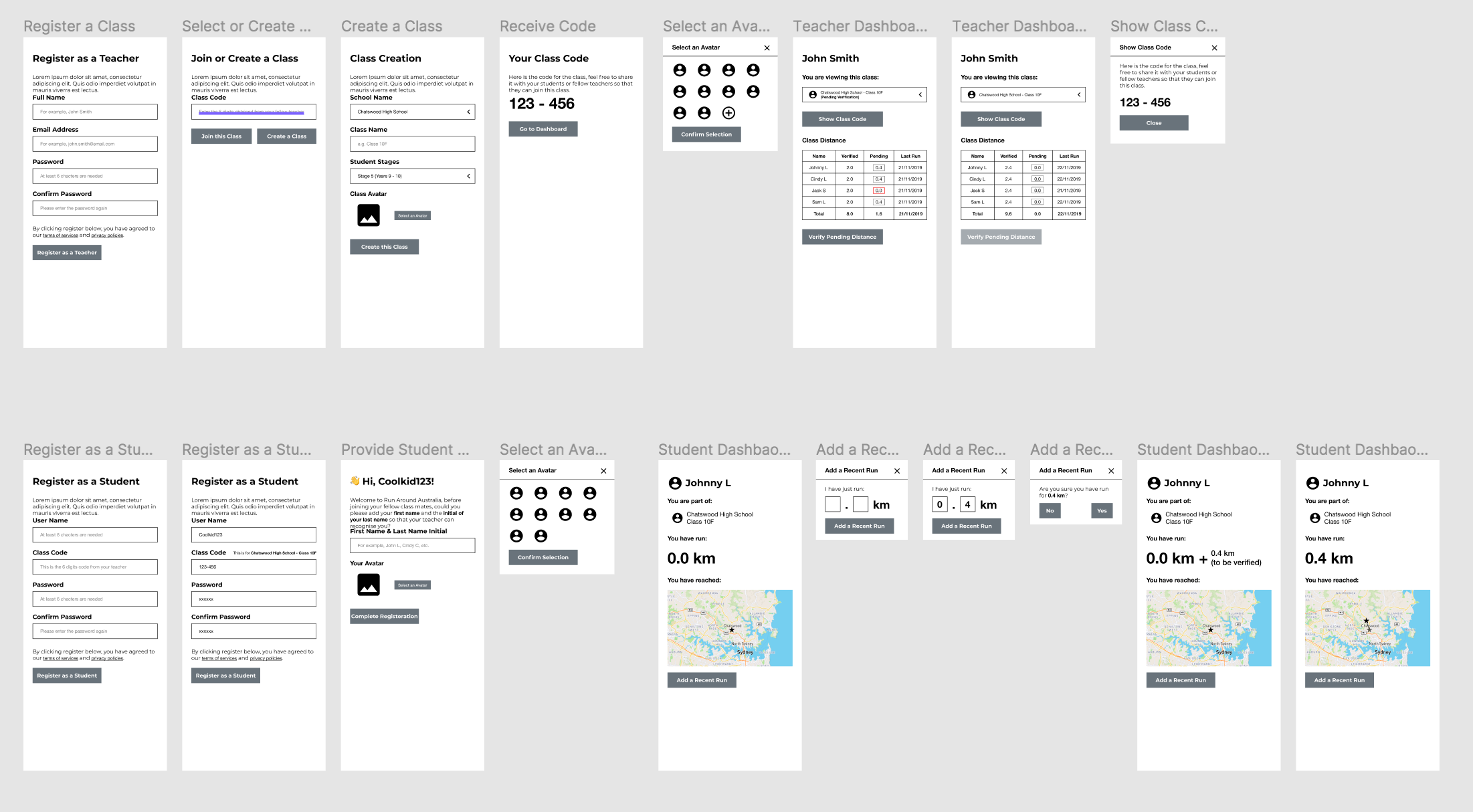 The feedback from the students and teachers after testing the clickable wireframes are generally positive. Nonetheless, there were areas where improvements are needed. One consistent feedback I have received from the students is that they would like to be able to see his/her classmate's distance as well as theirs. It would introduce some element of competition to Race Around Australia, which does make sense as a good level of competition could encourage more engagement from students. After consulting with Emily and the team, we have all agreed to add this function to the design.
High fidelity UI design 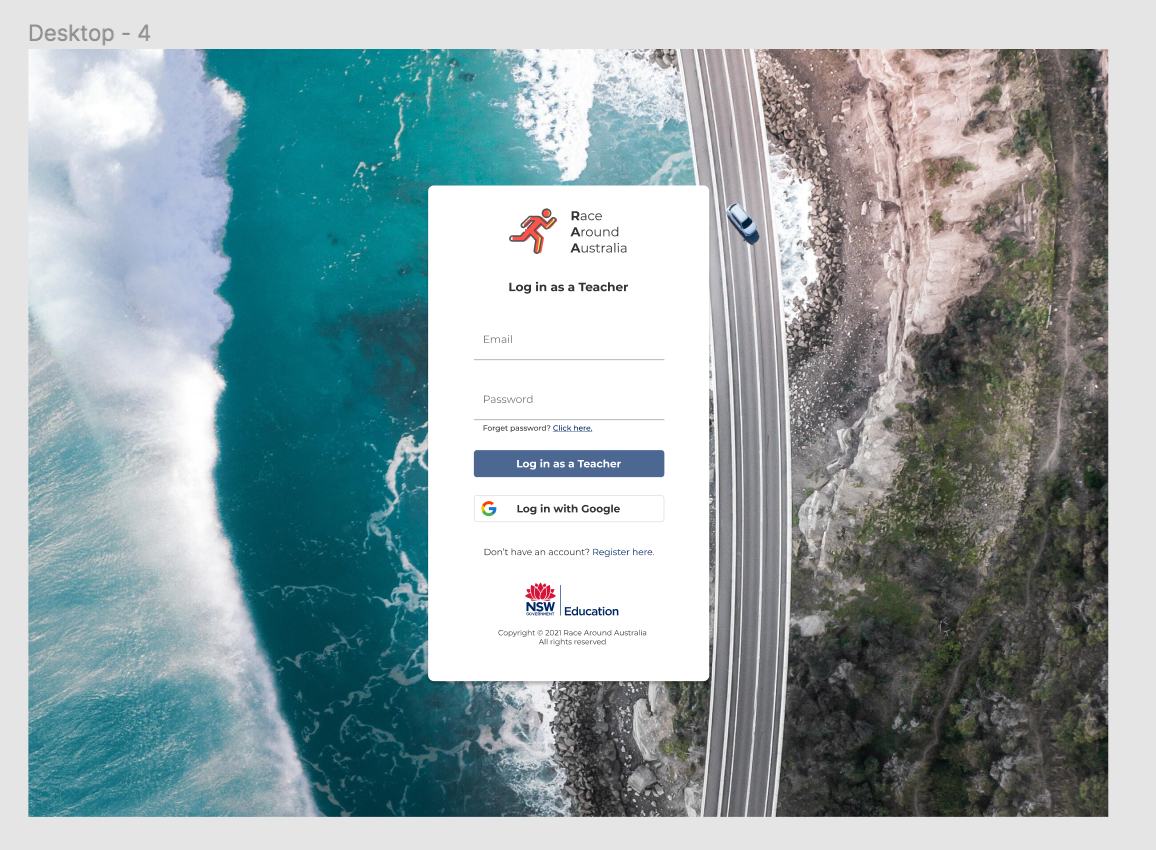 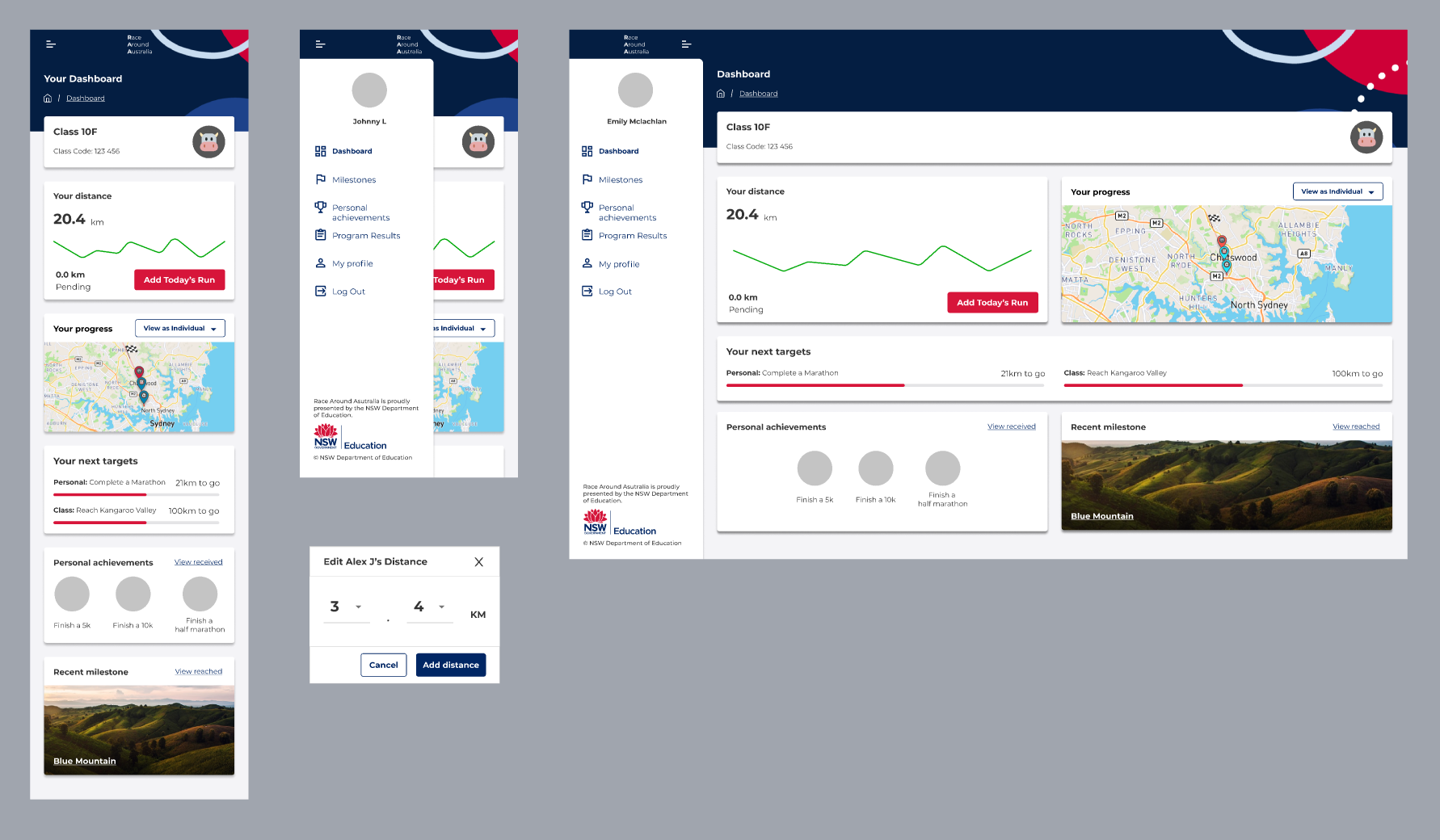 At this stage, I have managed to translate the wireframe to be something closer to the final result. The user flow and wireframe have certainly helped me significantly so that no key screens are left out.
Final Thoughts 💭
The project turns out to be quite a success since Race Around Australia has engaged 4000 students. The total distance they have contributed collectively equals 6.5 times around Australia, which is quite impressive. I am so glad to be part of this project.

Given the success of this initial project, I was later engaged to create the design for some further functionality improvement to the application in 2021. The new version of Race Around Australia has been released for the second school term in 2021.

Wanna have a chat about UX design for your idea?
Drop me a line!

Thank you! Your submission has been received!
Oops! Something went wrong while submitting the form.
Made with ❤️ Using Webflow
EMailLinkedin